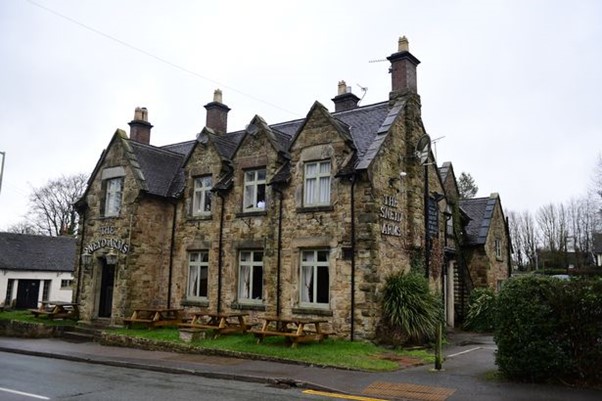 A revamped pub popular with students and locals is now hoping to attract more foodies.

The Sneyd Arms, in Keele, shut for a week while new landlords Kirsty Fradley, aged 32, and 31-year-old James Elliot spruced it up and got ready.

Now, after a soft opening for regulars, they have revealed some of their plans for the establishment.

It comes as the menu has been updated, with new chefs that Kirsty said are ‘excited’ about cooking up the fresh dishes.

The pair also have plans to offer some more adventurous specials to diners in the future, looking into game such as pigeon for a unique offering that is in keeping with the country pub feel they want.

Outlining the plans for the picturesque pub, Kirsty said: “The whole place has been cleaned top to bottom.

“We’ve had a fresh lick of paint and ripped up the carpet in the ladies’ and put down lino.

“It’s not huge, but we’ve freshened the place up a bit. It didn’t need much, the character of this place is lovely.”

“We had a set opening on February 17 for the locals. We put on a taster menu and they all enjoyed the food.

“I’ve had a lot of people trying to book in already.

“The last people who were in, the menu wasn’t that great, so we’ve gone for a country pub type of food.

“I’m thinking about maybe introducing game specials in the future, something a bit different but still the country pub style.

Guests can still just pop in for a pint

“It’ll be things like pigeon, that’s what we’re hoping to do. We’ve got a good mix of traditional pub food. Everyone loves a good pub meal.”

They are also looking to revamp another area of the pub to use as a function room and to host performers.

Fans of the supernatural can also have something to look forward to, as the pub is reputed to be haunted, and is set to play host to ghost hunters in the near future.

“I know people hear noises, and someone has seen a glass move and fall,” said Kirsty. “We’re hoping to host it in about two months.”