Looking for something to do in Stoke-on-Trent? Whether you're a local, new in town or just cruising through we've got loads of great tips and events to offer. Find out what’s on in Stoke-on-Trent with our regularly updated events calendar featuring the best upcoming events in Stoke-on-Trent and the area.

This guide lists events at a glance, showing what’s on each month. See the highlights of What’s On for Stoke-on-Trent, featuring the best of things to do in Stoke-on-Trent – Live Music and Gigs, Family Events, Art & Culture, Food & Drink and much more. Stoke-on-Trent fundraisers and charity events.

Important This Event Calendar is not maintained on a daily basis and some events may have changed dates or are no longer happening. Please double-check the event websites for the most up-to-date information. 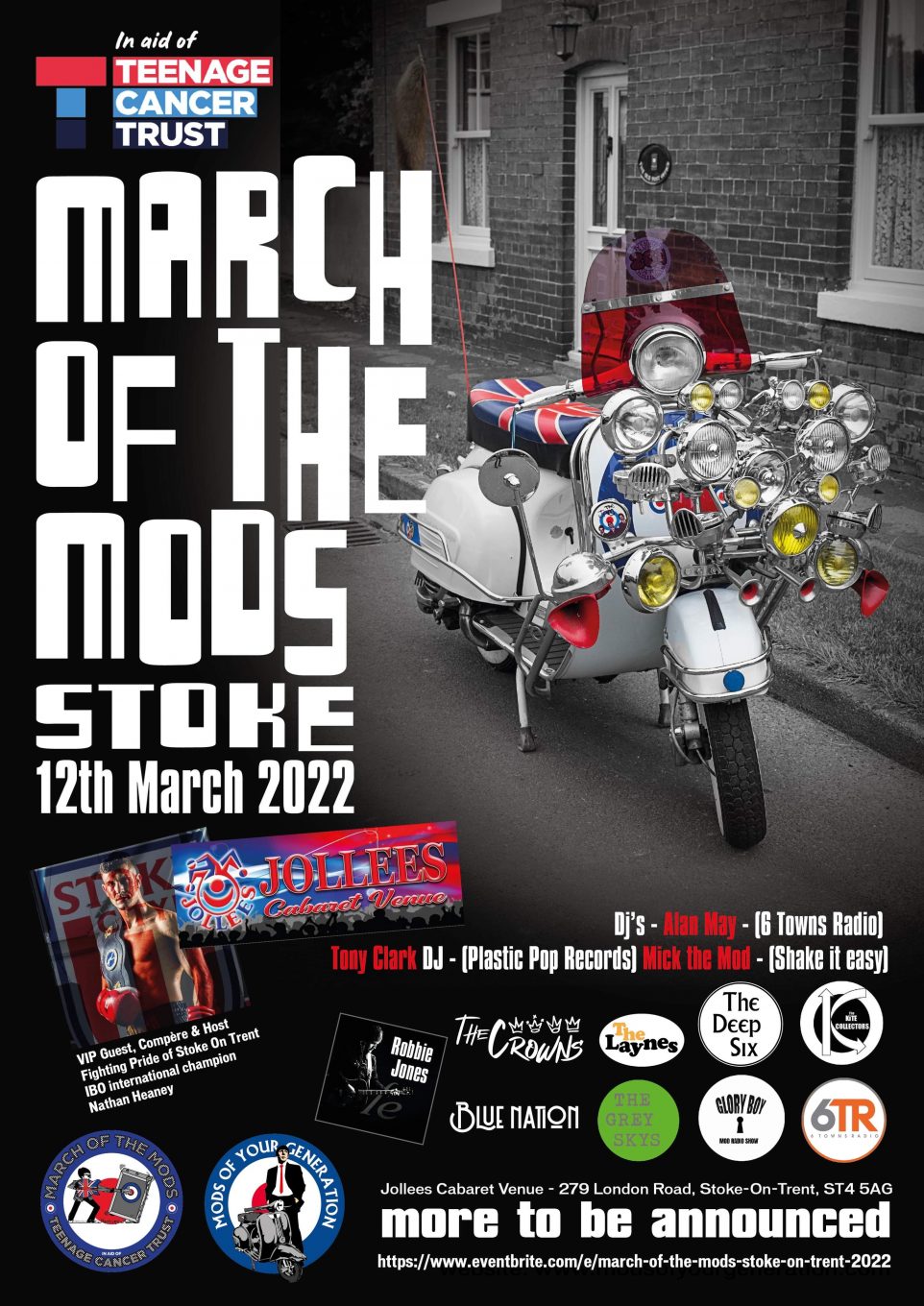 We are proud to be hosting March Of The Mods – Stoke On Trent in 2022 in aid of Teenage Cancer Trust with a full line up of independent bands and artists from across the UK from Scotland to Stoke & everywhere in between.

Bands On the Line Up

More bands to be announced soon –

Alan May from The Glory Boy Mod Radio Show (6 Towns Radio), Tony Clark (Plastic Pop Records) and Mick The Mod (Shake It Easy) will be on the decks spinning some tunes with a room dedicated to Northern Soul, Mod, freakbeat, Garage, Boogaloo, Revival, R n B, & 6T’s including Market Stalls, Food, Raffle prizes and much more

All money raised will be donated to Teenage Cancer Trust

About March Of The Mods

March Of The Mods was set up to ensure that every penny goes to the charity. So everyone involved will not be taking a fee for their involvement with all money going to Teenage Cancer Trust. However there will be loads of press opportunities and promotion for the band via radio, newspaper, magazines etc and you will be part of a huge fundraising effort.

Over £680,000 Has been raised for Teenage Cancer Trust around the country with various people running these events throughout the month of March.

(Line up and guests are Subject to change)

If you have an event, that you would like to be featured on our Events Calendar, please visit Free Event Listing.