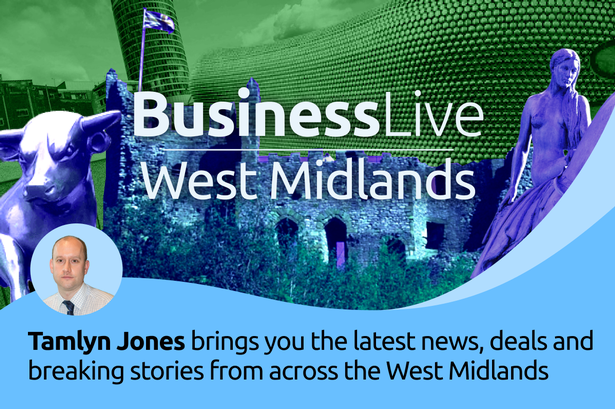 A tech entrepreneur, the head of a chamber of commerce and a former pub company boss are among the business figures recognised in the New Year Honours List.

Yiannis Maos of Birmingham Tech and Sara Williams of Staffordshire Chambers of Commerce have received an MBE and OBE respectively in the annual list in recognition for their work in the business world and local community.

Ralph Findlay, the former chief executive of Black Country pub company Marston’s, has received an OBE for services to hospitality.

Mr Maos has been awarded the honour for his services to the technology sector in Birmingham and the West Midlands.

He is the founder and chief executive of Birmingham Tech which is a not-for-profit organisation set up in 2019 to champion the tech sector across the region based on three core aims.

It strives to inspire people from all walks of life into technology, to create and foster an inclusive environment of collaboration and to give people and organisations a platform to celebrate their success.

One of its major projects is the annual Birmingham Tech Week, one of the UK’s largest regional festivals which attracts more than 5,000 people to events, seminars and workshops.

This year, it was attended by executives from 12 countries including from as far afield as India, Australia and the US.

In October, it was announced that Birmingham Tech would team up with the West Midlands Combined Authority in a new partnership aimed at helping the region realise the full potential of technology.

Among the new initiatives are the appointment of a tech commissioner, the creation of a network of ambassadors around the world to promote the West Midlands and support for the establishment of workspaces for entrepreneurs and start-ups.

Away from his day job, Mr Maos sits on various boards within the tech industry, works with business bodies including the Institute of Directors and is also an ambassador for West Midlands charity Acorns Children’s Hospice, helping to raise more than £30,000.

He said: “This is such a wonderful surprise and a huge honour and I’m overjoyed at having been recognised by the King. It’s a great way to start the new year and I’m truly humbled to have received this award.

“The tech sector across the West Midlands is so exciting right now with lots of incredible people, innovative businesses and a thriving community.

“Throughout my career, I’ve been supported by some amazing and inspiring people and I would like to dedicate this award to them. I’m looking forward to sharing this moment with my friends and family.”

Sara Williams has been chief executive of Staffordshire Chambers of Commerce for 11 years, prior to which she spent more than 12 years in roles at chambers on Merseyside.

She has been awarded an OBE for services to the community in Staffordshire.

Ms Williams oversees the business body across the county, building new relationships and fostering opportunities for its members as well as working closely with local organisations such as the Hardship Commission and Youth Futures Foundation.

Away from the day-to-day running of the chamber, Ms Williams instigated the creation of a dedicated entrepreneurship support programme for the refugee community and vulnerable women, working alongside the local charities who support these individuals.

She has driven through the launch of a pledge which aims to encourage businesses to do their part in tackling concerns around literacy levels across Staffordshire and worked with the police to teach businesses how to identify signs that an employee might be at risk of domestic abuse and how to support them.

Ms Williams has also worked on projects looking at modern day slavery and ways in which businesses should be working to eradicate this from their supply chains and last year the organisation was named chamber of the year by the British Chambers of Commerce.

Ms Williams said: “I am humbled and, at the same time, enormously proud of receiving the OBE. I work alongside a fantastic team and I can only thank them for their support and for their belief in me and thank them for putting me forward for this honour.”

Also receiving an honour is Ralph Findlay who spent 27 years with Wolverhampton brewery and pub company Marston’s, including more than 20 as its chief executive until late last year.

Mr Findlay has been awarded an OBE for services to the hospitality sector.

He currently sits as chairman of both Irish drinks group C&C, the owner of well-known alcohol brands Bulmers, Magners and Tennent’s, and housebuilder Vistry.

Nationally, NatWest Group chief executive Alison Rose has been awarded a damehood in recognition of her services to banking following a lengthy career in the sector and for steering the bank through the pandemic and taking action on issues like gender inclusivity and climate change.

She said: “It is a tremendous privilege and I am immensely proud to lead an organisation that plays such a positive role in the lives of people and families across the UK.”

Dame Alison has been vocal about the barriers that women face in business and the investment gap between female-led and male-led companies.

The first Rolls-Royce chairwoman Anita Frew has also received a damehood. As one of only 18 women leading boards at Britain’s biggest listed firms, she received the honour for her services to business and the economy.

She was hired as chairwoman at the engine maker 18 months ago and holds the same role at chemicals group Croda International.

She said: “I’m sure that, if anyone had told me as a young girl growing up in Scotland, with a father and a grandfather who worked at Rolls-Royce, that one day not only would I chair that company but would have the honour to be made a dame, I would not have believed it.”

Ivan Menezes, the boss of the company behind Guinness and Johnnie Walker has been recognised with a knighthood for services to business and equality. He has been head of Diageo since 2013, having worked his way up the ranks at the drinks giant. 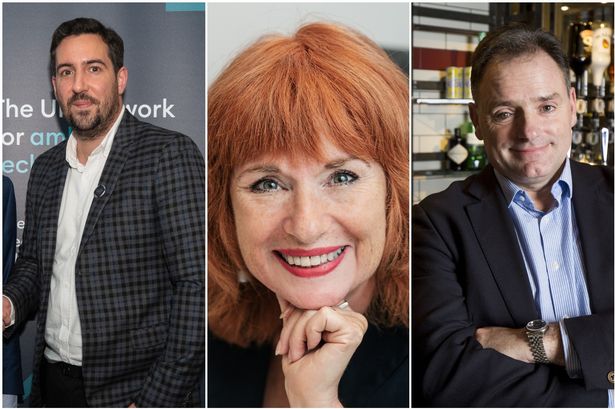